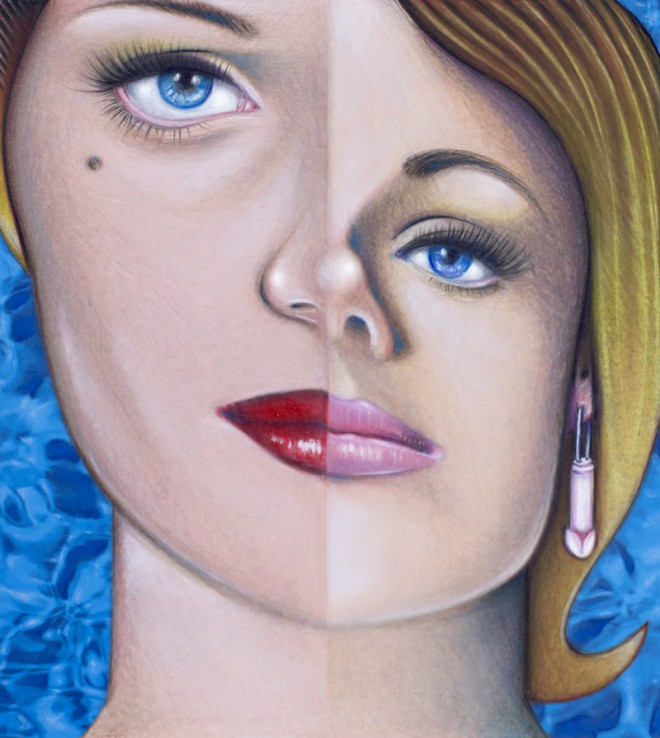 A merry little vibration against her clitoris awakened Yelena Moulin. Jack, her psychiatrist, had recommended the device, which looked like a suction cup dangling on a string from a short straw and recharged itself on body heat during the night. “Always wake up happy,” it said on the box.

In theory, it slowly picked up speed for ten minutes, easing its wearer awake, then continued at full speed until orgasm or removal. But Yelena always woke in the first minute and just wanted it out.

It convulsed against the floor, discarded, waiting for its charge to ebb away.

The holofeed wall activated automatically, sensing Yelena rise. One of Yelena’s favorite culturecrits, the man known only as 848, appeared in his familiar spiked blonde hair and false eyelashes. He raved about the perforated, shirtless jacket Presidential candidate Sloan (one name only) had sported at the debates. His arms gesticulated wildly around the holospace, extending several feet into Yelena’s expansive but sparsely-decorated bedroom. 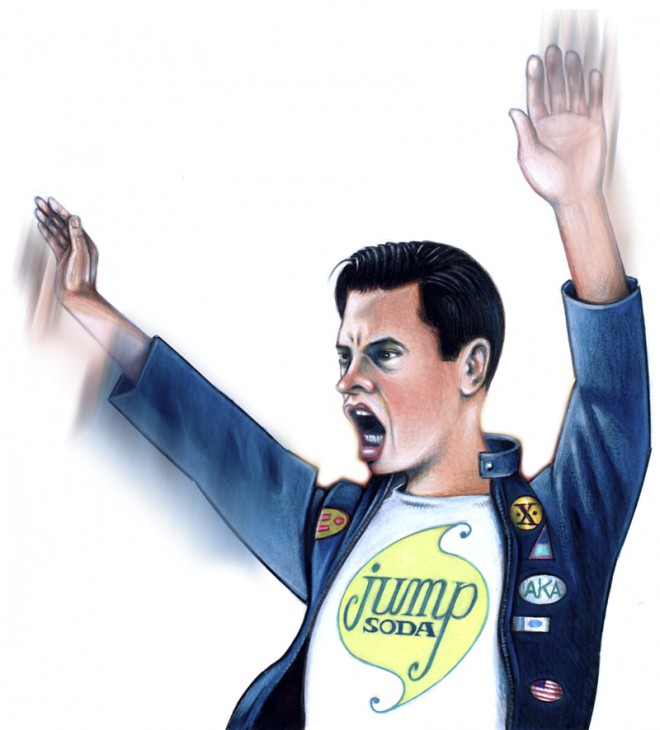 “And did ya tap that boring T-shirt Michael’s wearing?” said 848, referring to Sloan’s opponent (who had a last name but 848 didn’t use it). “That’s a fucking JumpSoda logo. JumpSoda! Sluts, that is so not wet. Lover, I know you need corporate endorsements or whatever to pay for your campaign, but serious? JumpSoda is so so so over already. Like last season dead.”

848’s lips leapt out into the room as he delivered his customary sign-off, kissing the camera. Then an extreme close-up of a girl’s vulva filled the 3D holospace, twelve feet wide from outer lip to outer lip, water cascading down it in slow motion, as a female moan filled the room. The holofeed wall’s upper-right corner identified the feed as “Five-Second Cunt,” but Yelena had never been able to find the program in her feedlist. Her boyfriend four boyfriends ago had subscribed to it on her feed, and she’d learned to live with the five-second interruptions.

Next, a popular humornews feed played excerpts of Mira Mira’s breast augmentation, which had leaked onto the holofeeds. Over this, the feed mocked her singing and mimicked her various celebrity boyfriends as they fondled her. In the excerpts, cylindrical tools blasted individual fat cells through her neon blue, fourteen-year-old skin.

Slipping into her smartthread jeans, Yelena felt instantly jealous, thinking of the increased subscribers to Mira Mira’s feeds. She needed a stunt like that, a second kick-start to her own career. Merely being rich and glamorous just wasn’t enough anymore. Not if she wanted to rise to the next level. It didn’t help that Mira Mira’s breasts, even during the procedure, looked better and younger than Yelena’s own. Yelena, already twenty, knew she didn’t have long left.

“Take a deeeeeep breath,” a calm male voice said confidently in Yelena’s ear, then inhaled and exhaled purposefully. Great, Yelena thought sarcastically. Her jeans had already detected her elevated pulse and blood pressure, sending a signal to the tiny microphone inside her ear.

It was going to be one of those days.