My name is George, and I have a nine-inch cock. This is its story. 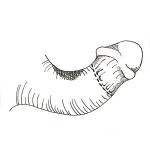 A Disquisition on the Erogenous Impulse in Prose Narratives

I once drew an enormous cock on the wall of the Shettleston Community Support & Benefits Centre. I took great care rendering each hair poking from below the scrotum to the thick copse of pubic… [more] 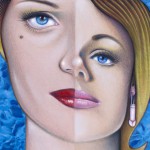