A Disquisition on the Erogenous Impulse in Prose Narratives

I once drew an enormous cock on the wall of the Shettleston Community Support & Benefits Centre. I took great care rendering each hair poking from below the scrotum to the thick copse of pubic darkness where the navel meets the pubis. I was an artist. I was growing in reputation throughout Britain for rendering naturalistic approximations of the male organ on government buildings—approximations because, aged forty-six, I had never viewed a man’s penis up close before. Sure, I had lovers and partners, but I never permitted them to loosen their slacks during our gasping swoons. I viewed them on the sofa, half mad with lust, insistent erections knocking on their flies, and collapsed into manic shrieking laughter. It has always been my life’s work to capture interrupted, thwarted or failed passion, and by starving myself of knocking cocks, I have succeeded in capturing the essence of desire’s unending torment.

You never read a sex scene where the woman kisses the man and the man recoils because the woman’s lipstick or lipgloss has slid across his lips, leaving a sticky imprint that he considers most unsexy, and runs to the bathroom to wipe the goo off his mouth with a flannel, then demands the woman remove her lipstick or lipgloss and other makeup that might smudge during sex, then the woman is so cross that the man won’t accept her as she is, makeup and all, that she can’t get aroused by his tender neck kisses, and demands the man try to kiss her with a fresh layer of bright red lipstick, and the man complains and shouts, and the woman chases him around the room, puckering her big red lips, then plants a great fat red one on his cheek as he cowers in the corner in disgust, then is unable to get aroused, despite the woman sucking on his neck, then they have a massive row that ends with neither person having sex… you never read that.

How do the Scottish have sex? Jean and Jim are a couple who live in Inverness and want to have sex. They choose to copulate once every summer, during that lucrative one-hour window when the air is what the locals call “tolerable.” Jim removes his penis from the frosty casing of his sporran while Jean straddles a fan blowing hot air into her vagina to help defrosting. Jim speedily lubricates Jean and quickly enters her before the chills return and he is stuck inside her all winter. If his sperm have not frozen over he is able to achieve orgasm, which he should do within twelve seconds of insertion. He then pulls out while Jean mops up the semen with a flannel before it freezes. If all traces of semen are not removed, they will remain in the woman until her vagina is next defrosted. It is unwise for Scottish couples to copulate outside this window. (If you ever wondered why all Scottish babies are born in March, there’s your answer!)

I started dating Tim in March. I knew he wrote stories, but I had no idea he wrote porn for bored housewives. He laughed it off at first, said he was responsible for 99% of the Women’s Institute’s orgasms. I tried to avoid his writing but when he kissed me for the first time, I couldn’t help myself. I went home and read a scene of sucking face. I couldn’t believe it. She pressed her pert red cushions against his hot red springs and took her puckered offering, slipping his long unfurling tongue into her hot wet chalice. He’d pressed his hot red springs against my pert red cushions only an hour ago!

Next time we went out, I kept thinking about the cushions and the springs. He’d want to slip his long unfurling tongue into my hot wet chalice, and I knew I would burst out laughing. We went back to his house and I pretended to feel sick and sleepy, but he found a tender spot on my neck and worked it until I was unable to resist… he kissed me and the springs and the cushions came back with a vengeance. I burst out laughing. We tried again but I couldn’t hold it in. It took about five goes to get a decent kiss.

As time passed, I learned to hold back the laughter whenever we kissed. But I couldn’t help reading more of his erotica. He freed his stately manhood from its trouser palace, its purple head pulsing with want, desperate for the warmth of her slimy red cooch. And that wasn’t even the worst. How could I ever let his stately manhood near my slimy red cooch? He entered her like a liner streaming out the harbour, embattling the stormy waters of her delicious wetness until she spurted salty lust over his thighs.

The time came. I’d resisted long enough to arouse his suspicions, among other things. We undressed under the sheets at my request (I didn’t want to see his stateliness), and relied on touch for stimulation. Then I felt it—I felt his purple head embattling my delicious wetness—and I shrieked with laughter. I shrieked and shrieked, shouting out all the phrases, all the descriptions, all the throbbing members and lubricious caverns. As I laughed and laughed, I barely noticed Tim slipping inside me, taking me to one loud, long and hilarious orgasm. From that point on, the erotica was never a problem.

I love my Kindle! I hold my Kindle in one hand and wank myself silly with the other! Isn’t technology wild?

You never read a sex scene where the woman refuses to let the man enter her without a condom, then the man searches desperately through all the drawers and cabinets, pumping his penis all the while, then begs the woman to let him pull out at the last minute, but the woman won’t let him because she could still get pregnant from the prejac spurts, so the man goes to find a pharmacy open after eight o’clock, but can’t, then trawls pubs and clubs for condom machines, and gets back two hours later to find the woman asleep, then shakes her awake and tries to get her aroused again, but she grumbles and tells him no, and he fiddles awkwardly with her vagina, but she slaps him away or shouts at him, then goes back to sleep while he sadly masturbates into the condom, because she doesn’t want him to stain the sheets with his gunk… you never read that.

— Will I recognise any of them?

— Not unless you’re a writer.

— You can have a kiss on the lips.

— How much money do you have?

— I’ll let you put your tongue in.

— How much money do you have?

— You can touch one breast.

Unplanned Interrail Stimulation: a common complaint among male commuters when they complete an erotic passage as the train pulls into their stop. The man will not stand up with a visible erection, so he misses his stop until the bulge descends. The worse case involved a man on an Inverness to London express train who missed his stop in Edinburgh after a racy passage in W.G. Sebald and ended up stuck in Manchester. He spent all his savings on a hotel and a return ticket the next morning and his wife left him, thinking he was having an affair. The easiest solution: cover the bulge with the book.

Lionel preferred sex in books to sex with his wife Denise. He could never lubricate her sufficiently, so she lay there like a corpse while he sheepishly screwed himself into her sprocket. When their sex life dried up, Lionel had an affair with Anna Karenina. He met her at the local park and beneath an elm tree, took her image in his staff for illicit arboreal pleasure. Later, when Anna chose the train tracks over his penis, he met Emma Bovary by the tree and embraced her with an oaky, barky passion. Later, he went to the doctor with splinters in his foreskin and was warned off having sex with imaginary characters via tree trunks for a while, to stick to more conventional methods. He tried to sleep with Denise again but couldn’t bring himself to do it. Eventually, he hit upon a novel idea. He hollowed out a tree trunk and cut a little hole in the bark. He got Denise to squeeze herself inside and yes indeed, he had sex with her via the tree, pretending he was taking Emma Bovary. Their sex lives improved immensely, except Denise soon got Dutch elm disease and had to be cut down.

Would you sleep with me if this story was in Granta? How about McSweeney’s? How about this: if this story had been endorsed by both James Wood, Stephen King and God, would you let me flick your buttocks? Because there’s nothing less sexy than a writer hunched over his keyboard, calluses on his fingertips, cold coffee in his cups, begging invisible women to spread their legs. That’s all we want from success, right? We don’t want readers, fame, money, critical attention. We want spreadeagled virgins lubing up on satin beds, awaiting the thrust of our powerful pens. Well that’s what I want anyway. What does a female writer want? I’ve no idea, since I’ve never been one. I’d imagine her being more sensible and wanting to move a reader so deeply, they’ll keep her in Gucci pumps until the next millennium. Sorry—sexist. But this story is nothing if not dripping with sexual frustration and a barely concealed misogyny. So I’m equally open to the idea she wants fat pulsing cocks spurting in readiness at her delightful quim. But somehow I doubt that very much. (And yes, I used the word quim. I know that’s wrong). OK… if there’s one thing you take from this series of childish paragraphs and saucy editorialising it’s this: don’t write for sex. Don’t write when aroused or frustrated. Don’t write about sex. Don’t write during sex. Keep away from sex forever, and let’s get back to good old British repression. It’s the only way. 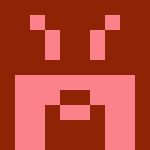 M.J. Nicholls is a firm believer in the brief bio. He lives in Glasgow and writes fiction and its opposite.