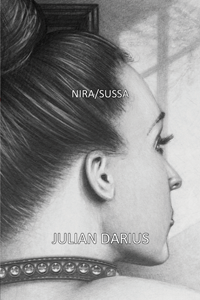 He’s a tenured creative writing professor. A well-respected novelist. And a recovering sadistic pervert with a penchant for young girls. His name is Julian Darius, which by great coincidence just happens to be the name of this novel’s author.

She’s a teenage groupie who insists he buy her a collar before they have sex. She seems to know his desires better than he does. And she wants to fulfill them — even ones he claims not to have.

The result is a strange love story that explores how far we’d really go, given the opportunity… and whether men and women could truly live together, if they were completely honest about their desires.

Read what Amazon reviewers are saying:

[An] important literary masterpiece… Brilliantly written… you will feel many different emotions and have all kinds of thoughts as you read, but this is the beautiful, almost forgotten gift of great literature. Many people are referring to this as the smart person’s Fifty Shades of Grey. But Fifty Shades of Grey is just not in the same realm.

The most disturbing book I have ever read… I could not put the book down… Expect to be shocked and sickened. I am still reeling… and it has been several days.

One of the most intense books I’ve ever read.

Stark, honest, and destructive… [but] eloquent and elegant.