The Many Lives of Yelena Moulin, Chapter 3

Closing the door, Yelena felt absurd, hiding from her mom in her own home.

The room looked like an old-fashioned study, the kind in historical holofeeds, with a wooden desk and books printed on dead wood pulp lining the walls on wooden shelves. No one but the filthy rich could afford such idle indulgences, and many believed such use of tree corpses to be unethical.

“I need to talk to Dad,” Yelena said, and he materialized in the center of the room. 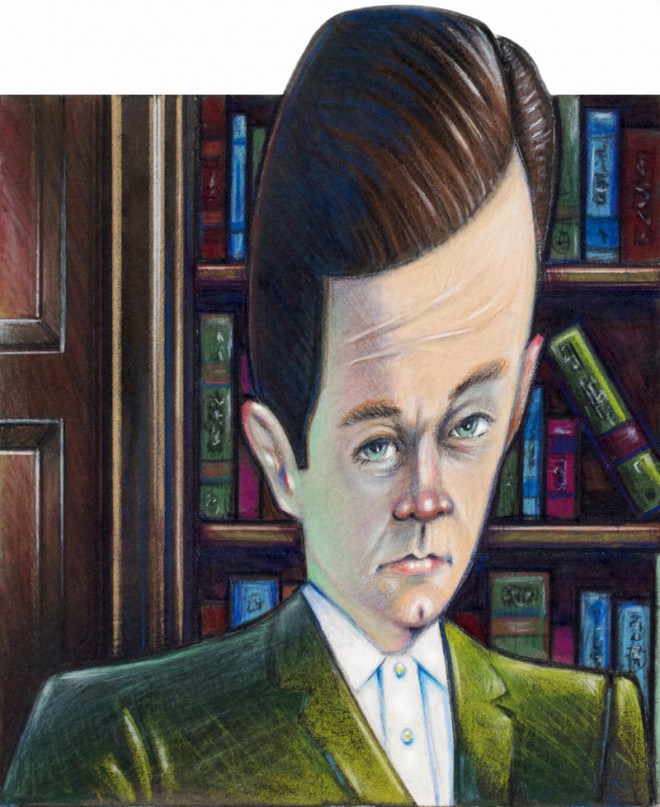 “Another fight with your Mom?” Mr. Ostermann asked.

“She belongs on one of those secluded fucking religious compounds, the kind they do humornews profiles about. If she doesn’t approve of my lifestyle, she can go live with the rest of the nuts.”

“She can’t even let the dog enjoy his fucking VR, for cum’s sake. How did you fucking stand her?”

“I did what you’re doing now.” He gestured towards the closed door. “I ignored her, instead of arguing. And I hid.”

“Yeah. You didn’t even tell her you’d been keeping a resurrection record. She was so fucking angry when she found out, going through your stuff, after your funeral.”

“It was easier not to deal with it. It’s funny. I remember thinking it was someone else’s problem. After all, I’d be dead. And I suppose I was right. It wasn’t that me’s problem. He died and left the problem to me.”

“I’m supposed to encourage that, right? That’s the first thing they tell you about ghost psychology. That they’re them but they’re not. That you can’t force them to be or stay your memories of the person. That they won’t remember after their last record, and you have to let them keep growing and evolving. But it’s hard for me. Because that’s what Mom says. That you’re not you. She thinks the real you is in heaven with leprechauns, or whatever anti-science bullshit she believes. And you’re just another abomination. An echo.”

“She’s right. Not about heaven, but about me. Oh, I’m no abomination or echo. But I’m not the man she married. I’ve made my peace with it. It’s quite liberating, actually. I spent my life trying to be all these things. That’s what the living do. Those are still my memories, and they’re precious to me. Seeing you grow up. But now that I’m dead, I feel like I can be who I truly was but never got the chance. I think it’s harder on you than it is on me.”

“I’m sorry you can guess I had a fight with Mom. That I don’t come in here to see you more often.”

“Fine. Not fine, actually. It’s been eons since my holoporn. I’m not hot anymore, Dad. I still get jobs. I’m opening another club tonight. But they’re small compared to the good old days.”

“You’re too young to have such nostalgia.”

“Has Mom ever come in here to see you?”

“Not since she discovered me, here in your den.”

“She was so mad. She’s mad about everything.”

Yelena’s eyes drifted away sadly, and her father reached out to comfort her, but his holographic fingers slipped through the side of her face.

“I have to go,” said Yelena. “I’m sorry, Dad, but I have to get ready for tonight. Do you want to stay on? Watch some holovid? You can turn yourself off.”

“Okay, then. Thanks for talking. I’ll try to visit more often.

“I live for it,” he said, and it hurt her more because it was literally true.

Her Dad disappeared. Yelena opened the door cautiously and felt relieved when her mother wasn’t waiting on the other side.