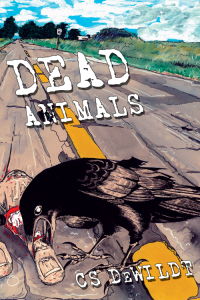 CS DeWildt’s Dead Animals, a short story collection published by Martian Lit, is winning tremendous praise as an innovative literary offering that is at once realistic and mind-bendingly troubling.

Mike Monson calls Dead Animals “great… illuminating… poetic… totally original and totally delightful.” He adds that the book “will change how you look at things.”

In addition, CS DeWildt has done an interview with Gessy Alvarez, in which DeWildt discusses his work, including Dead Animals.