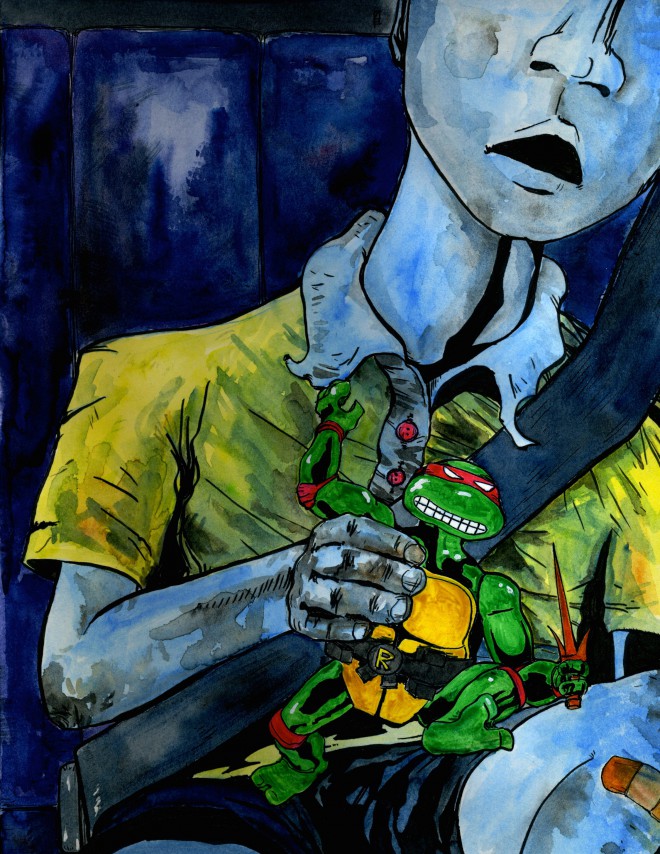 In the Black Hills we went to a replica of the Flintstone’s town where I sat in Fred’s car.

My brother climbed Dino while my sister stuck her face atop Wilma’s neck.

I was too short to patter my feet, which pissed me off so I decided I would not watch another Flintstones cartoon again.

My dad took pictures and kept talking about the Honeymooners and repeating lines I did not understand; lines at which my mom laughed every time.

Her laugh was beautiful and loud because the Flintstone’s park was nearly empty, in a rocky valley, off the side of the road.

Everything was black dust, which goes to show some names are just right.

We didn’t buy any Flinstone junk but went to the Gift Shack just down the road.

There I found a small turtle made from Black Hill stone, carved by Black Hill hands.

The cashier seemed incredibly old, but she was probably no older than regular cashier age.

She said her people were Black Hill people but there were others, too, from elsewhere, so I asked:

Before she laughed and said, no, not too far, really, my brother asked me if I was an idiot.

Thus was the start to the collection.

Someone, I don’t know who, said there were giant turtles who formed the earth by diving to the bottom of the ocean and bringing up clay.  Then they went to rest forming all the mountains everywhere.

I said, that ain’t what Grandma says, but I was thinking that made about as much sense as anything else I heard at CCD.

One time I went with one of the dudes to his Sunday school where I was told angels don’t have penises or vaginas.  They were like Ken and Barbie.  I was thinking, man, Catholics and Lutherans are way different.

I was also thinking CCD wasn’t so bad even though we didn’t play kick ball.

Sacrifice was a lesson I heard all the freaking time.

Every birthday and Christmas there were too many key chains with a picture of a ghoulish-looking, googly-eyed, cartoon turtle holding a liqour bottle pissing in a stream or doing the things that aren’t worth the price of a half dollar.

What didn’t they understand about the collection?

They had to be turtle-looking turtles. That was the whole point.

A few from every road trip.

A couple from the fancy place right across from Fleet Farm where Andersons’ farm used to be.

You know the Andersons. They had the orchard and let you pick their strawberries. Mr. Anderson once said at the diner that corn wasn’t selling like it used to so they’re trying something new.

He tried to grow everything, but the only thing that took was strip mall.

Bits of sand mixed in.

One was made of Mount Saint Helens’ ash.

And the one I called Sparky was flesh and blood. He ate cantaloupe and Mom said he’d live to be a hundred, which was the same as forever.

One time my dog bit his head off right before my eyes.

Then Sparky’s head emerged slowly from his shell.

He was a box turtle which meant he could seal himself inside his shell.  To me, he was more advanced, an improvement on the ones the dudes and I caught down by the pond.  I made the dudes well aware that painted turtles were subpar, unworthy of a serious collector.

After awhile, I gathered the rest, which were said to know kung fu although they could barely stand on their own. Even then it took forever to balance them in the right ninja pose.

The shells, you see, made them back heavy.

And despite all evidence a turtle is not bipedal.

They had stats and descriptions. They came with their own names. They had loads of weapons, their own cartoon, their own movie, and me and the dudes would bike to the arcade to play their video game.

We said it fucking rocked.  It was fucking rad.  Fucking check this, dude.

Fuck was a word we just learned to say.

Then Sparky was given away and the others–the ones without katanas and nunchucks–were thrown into a British Knights box and crammed in the back of the linen closet.

That which cannot be withdrawn 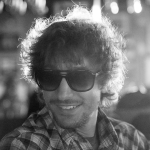