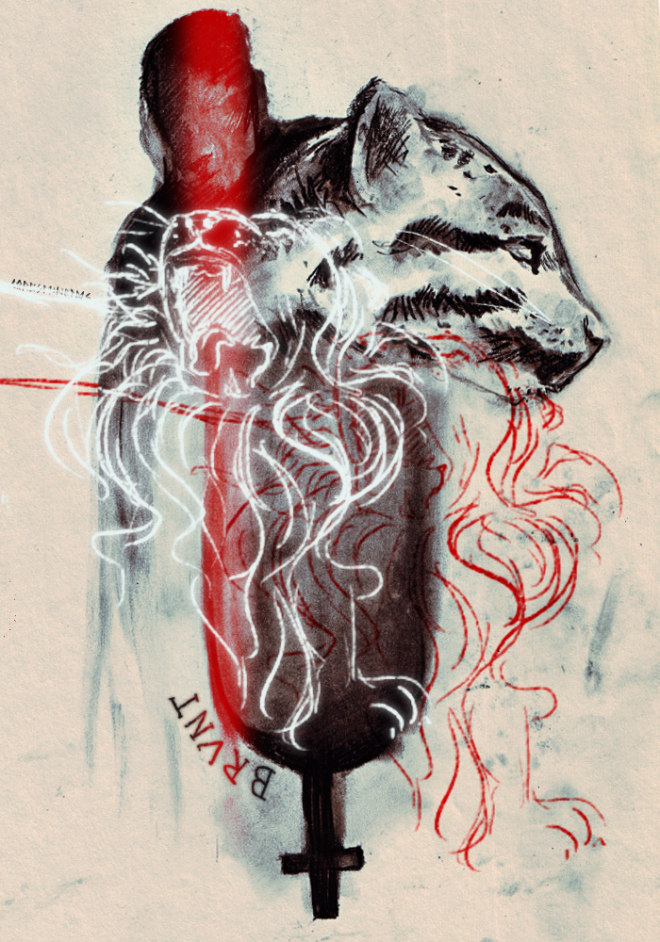 Lermontov got on the plane back to Russia and put the jacket over his face, trying to picture an airport without people for his return.

He tried not to think of the people he’d let down.

David Warner and his gifts.

The imagination that was no good for him.

How hard it would be…

David Warner: How many lights do you see?

David Warner: Over there. How many lights?

David Warner: You can leave any time. All you have to do is tell me…how many lights?

A light came on.

Lermontov pulled the jacket off his face, took the animal cards David Warner had given him out of his bag and read the facts on the back of each one, desperate to find them interesting.

Jaws twice as powerful as a dog’s.

Dominant: Wolves are nearly always the dominant predator in their area. The only animal that can drive a wolf pack off its territory is a tiger.

There are more leopards in the world than lions, tigers and cheetahs put together.

Smart thinking: Leopards are the most intelligent of the big cats. They’re watchful and wary, and can vary their hunting technique to suit almost any terrain.

Man-eating leopards are hard to stop. They never hunt in the same spot twice, and melt into the darkness at the first sign of trouble. From 1905-10, over 400 people in India were killed by the Leopard of Panar.

INSERT:
The investigation of the Leopard of Panar

The crime scenes revealed nothing. The police could see there’d been a leopard attack, but that was all. Detective Lermontov wanted more officers on the case, but the powers that be said no. You can have guns and bait, nothing else.

In the ward room they talked of psychology. An expert led them through the mind of the criminal leopard, what it thinks, what it wants, what it needs. But it was no good. The expert was a speculator. No officer had ever been a leopard and no leopard had ever broken the law.

Detective Lermontov went to see the families of the victims. Most of them cried. Some of them dropped to the floor and grabbed his ankles, begging for justice. All of them said the leopard had seemed like such a nice cat, and never in their wildest nightmares could they imagine it doing something like this.

Detective Brunt threw his coffee across the police station and said the damn thing would never stop…not until they put a net over the motherfucker. And by net he meant bullets. Another officer said there wasn’t much they could do, not in a police station this small.

There was another attack. A Muslim slaughtered during prayer, in the middle of a brand new mosque. This leopard has no respect, said the cleric. Brunt muttered something about ‘stupid religion’, but Lermontov didn’t see it that way. He knew leopards had little time for divinity, but there had always been tolerance. At the very least there had been…

His thoughts were broken by the police captain. There’d been another attack, two blocks away. Shit, said Brunt, this leopard’s got balls.

‘What do we do?’ asked Lermontov.

‘I’m going for a drink. You stay here, get your fucking homework done.’

‘And none of that weird improv alien shit this time…’

‘Your mother told you, and I’m telling you. Got it?’

Brunt clocked off same time as usual, tapping his watch. ‘Whatever happens, let’s not make it an obsession, yeah?’

‘I’m not obsessed,’ said Lermontov, wearing his James Ellroy mask, staring at the dead woman in the photograph.

‘Obsessions only happen in movies anyway…’ said Lermontov, putting down the photograph and looking at the exit to see the door already closed.

Lermontov tried to sleep, but couldn’t. Every time he shut his eyes, the phone would ring and it would be someone telling him the leopard had struck again. When the phone didn’t ring, he was awake. And when he was awake he walked his apartment floor, rubbing his eyes and reading the histories of the victims. They weren’t heroes, but they weren’t the worst things in the world. Some of them had ambitions…had had ambitions…others had done nothing with their lives. But the waste of it all. Even if they were just eyes and ears and faces and brains…even if they did spend most of their lives talking loudly on trains and spitting on the ground…they were still potentially something. Who knows, in ten years, one of these victims could’ve really been someone.

Brunt told the whore there were no leads and almost no hope. She frowned, sat on top of him and asked if the leopard was targeting anyone in particular.

Brunt shook his head and said it was all random as rain. The whore repeated his phrase, confused, but he didn’t clarify.

‘You’re not telling anyone about this, are you?’ he asked, squashing her tits.

The whore leaned forward, put her hands on Brunt’s chest and rode faster. ‘Far as I know, we don’t move in the…same…circles…do…we.’

Lermontov walked around the park with pieces of meat attached to his jacket. It was night, he was alone, it was perfect.

An hour later and the meat started to smell.

Lermontov sat down on a bench and wondered if the leopard would really be stupid enough to attack a man wearing meat. Probably not.

He pulled off a strip and dropped it on the floor. When he looked up again, the whole park was full of cinema screens.

David Warner leaned across the bench and whispered in his ear, ‘you know what.’

On the screens, on every single one of them, the man pushed the whore off and told the kid to get the fuck out of there.

‘How many lights?’ asked David Warner.

Lermontov blinked and the screens disappeared. David Warner hovered a moment longer then floated off on a sheet of glass.

Lermontov went to each of the victims’ graves, stopping at the headstone marked ‘Brunt’ and asking for forgiveness. The grave said nothing. He drank out of his flask and asked if the leopard had moved out of the country.

Or had a change of heart?

He didn’t know. The cards had told him leopards only lived fifteen years, but…

What if it’s some kind of super leopard?

The ground moved and threw Lermontov onto the grave…he was sitting up…there was a jacket, cards everywhere…pictures…animals…a whole zoo had escaped and run onto his legs…

The airport was full of people. Lermontov got through immigration, showing the forms David Warner had given him, and walked out into the arrivals hall. No one was waiting for him. Something inside his head started to bounce and he felt the curtain lifting and a different airport coming on stage.

Later that night a security guard tapped him on the shoulder and asked him if he was waiting for a flight. Lermontov shook his head, fumbled in his pockets and brought out the animal cards.

Lermontov showed him the cards and said he was fine, he was just learning about things.

The security guard shook his head and walked off.

Lermontov went back to the cards. He tried to remember what David Warner had said, about how the cards were good for him, how animals weren’t as bad as people. Well, most animals. He knew about the leopards, what they were.

He flicked through the cards, waiting for the right one. Another shuffle, there it was. But the text, it was blurred…and the thing was spinning.

He rubbed his eyes, trying to make it clearer.

Black stripes blend into the shadowy forests where it hunts.

Ambush killer: Tigers are solitary animals that creep up on prey and strike with a fast and deadly pounce.

King of the cats: Both lions and tigers are the top predators in their territory, but when the Romans brought them together in big arena fights it was [usually] the tigers that came away still breathing.

Tigers feel lonely as often as five times a week, and have tried for centuries to find a way to leave this planet. Most of their economy is geared towards Space technology and the discovery of a faster than light particle.

Tigers have long believed that people are leopards. They wear the costume of the person and hide inside their minds. They are the deadliest thing on the planet.

People won’t listen to tigers because the people are not people, they are leopards.

You should talk to the tigers, Lermontov. 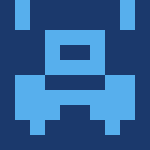 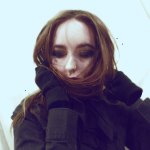