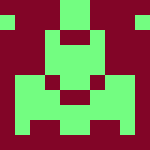 Matt Michelli won the Wild Card Category at the 2012 Halloween Book Festival for his first novel, Memoirs of a Violent Sleeper -- a Bedtime Story. Unfortunately, the press went bankrupt shortly after, killing the book’s publication. He has had short story publications in several magazines: Red Fez, Black Heart Magazine, SYWeZine, Foliate Oak, Linguistic Erosion, and a short story published in a vampire anthology titled Tastes Like Pennies. He has three other novels in the works and plans on releasing a short story collection in the near future.