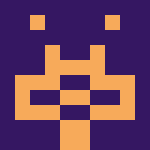 Kristen McHenry is a resident of Seattle, Washington and is a poet by night, and supervisor of volunteers for an urban hospital by day. Among other publications, her work has been seen in Bare Root Review, Numinous, Tiferet, Sybil's Garage, Big Pulp, and the anthology Many Trails to the Summit, published by Rose Alley Press. She was a top-five finalist in the 2009 national poetry competition “Project Verse.” Her chapbook “The Goatfish Alphabet” was runner-up in qarrtsiluni's 2009 chapbook contest and was published by Naissance Press in 2010. Her second chapbook, “Triplicity: Poems in Threes” was published by Indigo Ink Press is 2011. Kristen serves on the editorial staff for Literary Bohemian, and teaches creativity workshops in her “spare” time. She lives in the Ballard neighborhood with three cats, four fire-bellied toads, and one husband. She loves to sing, but only in the car with all of the windows rolled up.