She looked like the kind of girl who needed to be smacked around a little before the fucking started. She should have said something before.

I got taken in and it was the first time I’d been arrested, but I played it like it wasn’t. I was wondering about jailhouse rape and all of that. I crossed paths with a guy once who was a prison guard and of course that’s what I asked him about. And he said that there was enough consensual shit going on that no one really got raped too much. Not too much. I figured if I got raped I’d chalk it up to a life experience only a few people get to partake in. It was mostly just a bunch of drunks drying out and this kid with a poorly fixed harelip who snuck in a joint up his ass. I let the rest of the guys hit it first so I knew they weren’t just fucking with me. I tasted ass but the weed was pretty good and the harelip kid told us that they hauled him in for stealing a set of stereo speakers from the place he worked. He said the cops got him by matching up the tire tracks and I thought about that and asked him if he confessed after they told him about the tracks. He said yeah and then I asked him if he worked there long, and if they actually did take the time make casts of his tracks over some speakers, wouldn’t it make sense for his tracks to be there? He thought about that for a minute and then hit me in the mouth. Ignorance isn’t so much bliss as it’s the truth that hurts, dig? 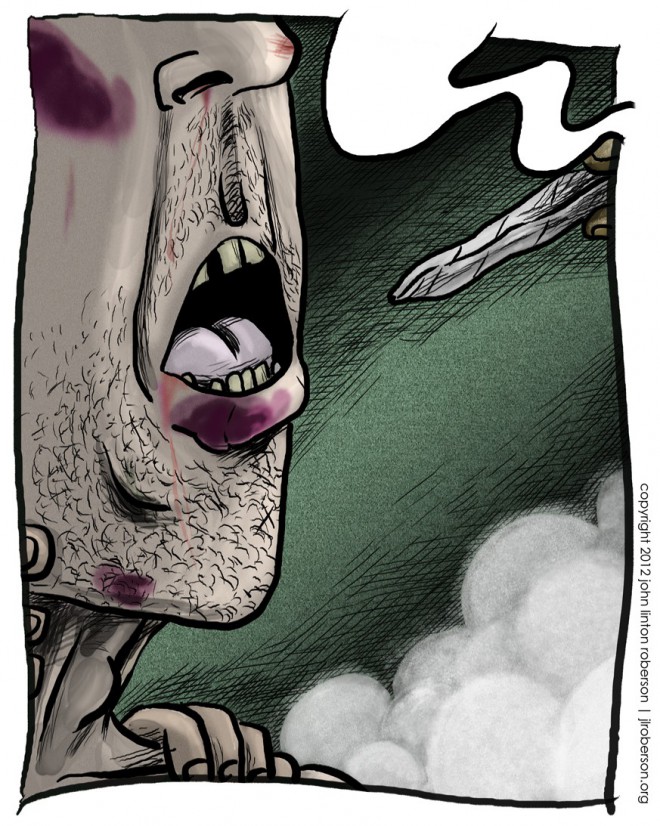 I didn’t have anyone to call but the girl who put me in there and I sweet talked her on the phone and she came around and said she’d get me out and that if I was good to her she’d drop the charges. I said I didn’t think she could since it wasn’t a civil thing but criminal and she started to cry and asked if I’d be nice anyway. I fingered the number of this girl Allie someone had scrawled on the wall over the telephone and told her I would if she’d just post bail. I hung up and asked one of the cops if I could make another call.

Allie wasn’t home but I talked to her dad and he thanked me for at least not calling collect, but he’d appreciate it if I didn’t call again. Allie was after all only fourteen. I said ok but I made sure to commit the number to memory because fourteen or not, a girl doesn’t end up on the wall at the county lockup if she isn’t good to go.

I slept for a little while and when I woke up the harelip kid was standing over me and his cock was out and I figured here it was and I wondered if I could fight him off and if I wanted to since I was looking for experience, but then he started pissing on me and I grabbed his cock hard in my fist and he sprayed sideways and squealed. I pulled his handle and dragged him to the other side of the holding cell and he started to get hard in my hand. We looked into each others’ eyes and his baby blues could have belonged to my mother they were so deep. I didn’t know my mother so it was altogether possible I was holding the erect penis of a long lost brother and I imagined me and the kid together, sharing a room as boys, sneaking up and down bunks to fool around and promise never to tell anyone. And then the both of us grown up, families and all that on the holidays, both wondering if the other was thinking that the real party would be happening in the bathroom down the hall. We’d flush the toilet over and over to cover the sounds and everybody would know we were up to some brotherly nonsense, but not that I was letting him piss in my mouth while we jacked each other off.

The guard who let me call Allie called my name and I was sprung and I told the kid, “In another life partner.” He smiled and I marveled at how deeply inside myself I had to fall to make a connection with someone.

She drove and asked if I was hungry and I told her yeah so we stopped at a drive thru and she put her hand on my knee and said she was sorry for the trouble and she wasn’t hurt, she was just scared because no one had ever tried to fuck her like that. I said not to worry about it. She asked how it was inside and I told her I slept most the time and didn’t really experience any of it. I told her about the joint though and where it came from and she thought it was gross and said she couldn’t believe I kissed her after putting something like that in my mouth. She threw the bag of food in my lap and stepped on the gas and she wouldn’t shut up and now she was taking the tone of the girl I’d smacked, the one who called the police and started the whole thing. I tuned her out and thought about Allie, the fourteen year old jail house whore. I wondered when I’d finally get in touch with her and if she would ever cause me this kind of hassle. And I wondered how much of a fight Daddy would put up and if what she wanted was a new one. 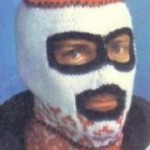 CS DeWildt is a liar and he will hurt you. He lives in the desert and wrote a novella called Candy and Cigarettes. His stories have appeared in a variety of print and webzines. CS DeWildt wants you to visit him at csdewildt.com. 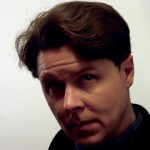 John Linton Roberson is a cartoonist & writer read and feared by several. His crimes against you, like LULU & VLADRUSHKA, can be verified at jlroberson.org.