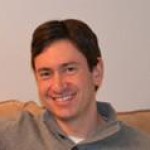 Nathaniel Tower lives in the Twin Cities area with his wife and daughter. After teaching high school English for nine years, he decided to start a new career in writing / publishing / editing. His fiction has appeared in over two hundred online and print journals. In 2011, MuseItUp Publishing released his first novel, A Reason to Kill, followed a year later by his first novella, Hallways and Handguns. Nathaniel is the founding and managing editor of Bartleby Snopes Literary Magazine and Press. When he’s not doing writerly things, he likes to joggle (juggle and run simultaneously). He is the former world record holder for running a mile backwards while juggling. He is working on getting his record back. Find out more about Nathaniel at nathanieltower.wordpress.com.

BOOKS AND MOVIES BY NATHANIEL TOWER 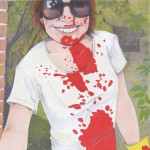 My wife warned me that she would kill my mother. Honestly I didn’t care as long as she didn’t get caught. Besides, I knew Dana wouldn’t have the guts to do it. Was I really… [more]