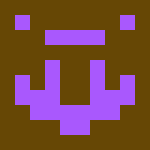 Kenneth Radu's stories have appeared in many online magazines, most recently in the Northville Review. He has published many books (fiction, poetry, and a memoir), the latest being a volume of short stories, Sex in Russia (DC Books). A new collection entitled Earthbound is also forthcoming from DC in the fall of 2012. He lives in Quebec, Canada.