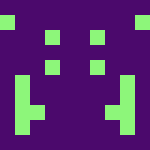 David Hancock has received two OBIE awards for playwriting (The Convention of Cartography and The Race of the Ark Tattoo), and is the recipient of a Whiting Writers’ Award, a Creative Capital grant, The CalArts / Alpert Award in Theatre, and the Hodder Fellowship at Princeton. His recent fiction is either forthcoming or published in Interim, Permafrost, The Massachusetts Review, Ping Pong, and Amarillo Bay.