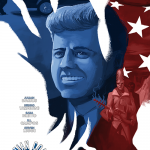 Martian Lit is proud to unveil the cover to Martian Comics #6. The cover is by Ean Moody. The issue focuses on JFK, and the cover features an homage to the Oliver Stone film JFK.… [more] 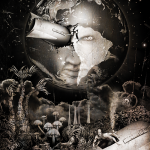 “The Canals of Earth” is on Kickstarter Now!

Martian Lit is proud to launch the Kickstarter for our newest sci-fi comic book, “The Canals of Earth!” Watch as Mars looks to the sky and sees Earth, imagining her as a four-armed goddess with her… [more]