Martian Lit is proud to reveal the cover to Martian Comics #13, which will feature two stories of Martian intervention on Earth. 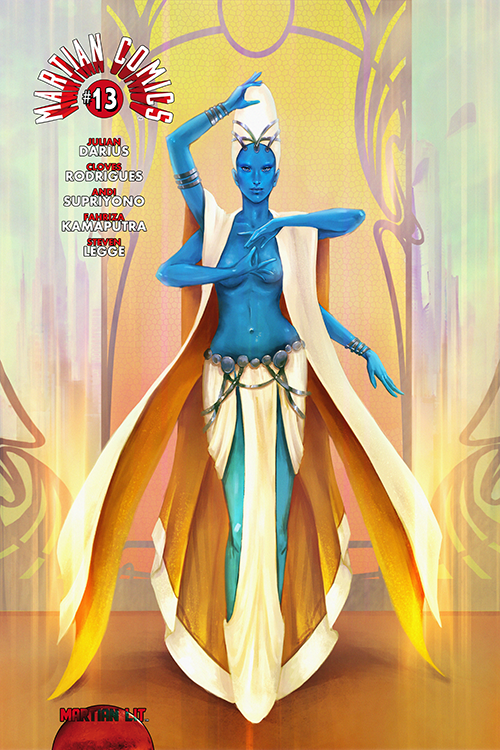 The cover is by Marlena Mozgawa. It depicts the Martian goddess Earth, who was previously seen in Martian Comics #5.

We haven’t revealed the cover or the contents to Martian Comics #12 yet, but we hope to be able to do so soon.