Martian Lit is proud to unveil the cover to Martian Comics #8. 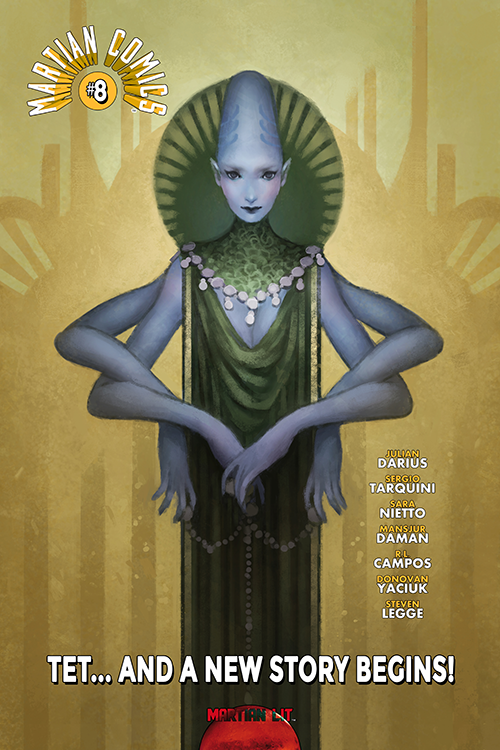 The cover is by Janaina Medeiros. The issue continues our exploration of 20th-century history, while also beginning a new story.