Martian Lit is proud to reveal the cover to Martian Comics #5! 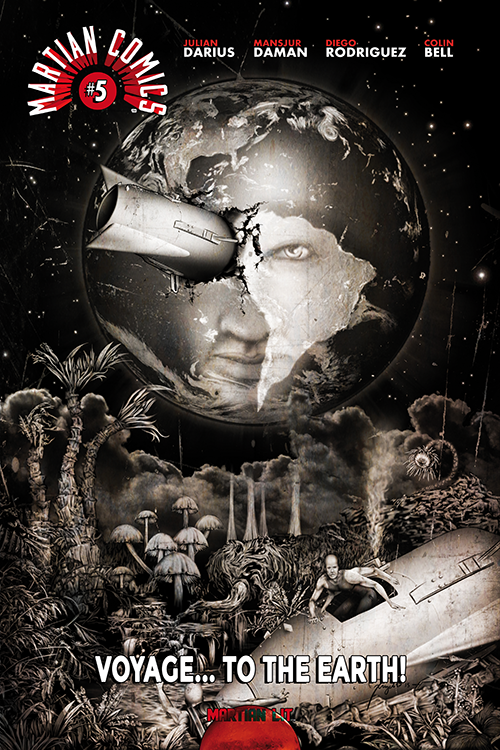 The cover is by David A. Frizell and references the classic movie Voyage to the Moon.

The issue offers a self-contained story exploring the early history of Mars-Earth relations.