One Week Left for Necropolitan on Kickstarter:

Join the Team of History’s Worst Serial Killers in Hell!

The Kickstarter for our horror comic Necropolitan is currently 49% funded with just over a week left to go! 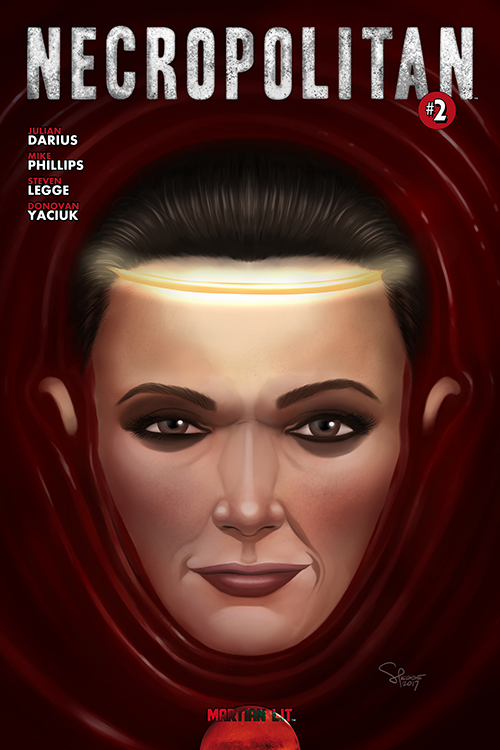 We’ve also added a limited $40 pledge level, which offers 20% off on a great package, letting you get caught up on all of Martian Lit’s comics, plus the B&W artwork, the scripts, and a thanks in the back of issue #2!

Necropolitan is suggested for mature readers. It contains violence, sexual imagery, and mature language. The series is written by Mike Phillips and Julian Darius, with art by Steven Legge and colors by Donovan Yaciuk. Letters are by Darius and Legge, and the covers are by Legge.

If you spare a few dollars, please help. And if you get a chance, sharing the Kickstarter campaign on your social media would mean the world to us!