Martian Lit is proud to reveal the cover to Kimot Ren #3, a 37-page issue featuring the next four chapters in the saga of the Martian android stranded in the Wild West! 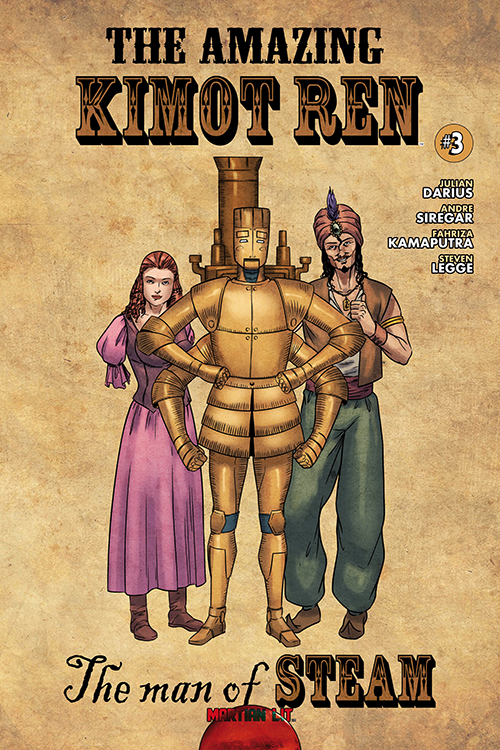 The cover is by series artist Andre Siregar (Lost Fleet: Corsair) and colored by Fahriza Kamaputra. It depicts the poster used by the freak show that Kimot Ren has joined.

Kimot Ren #1-2 are currently available on comiXology. Issue #3 is expected to arrive sometime in 2018.