Martian Lit is proud to reveal the cover to Martian Comics #9. 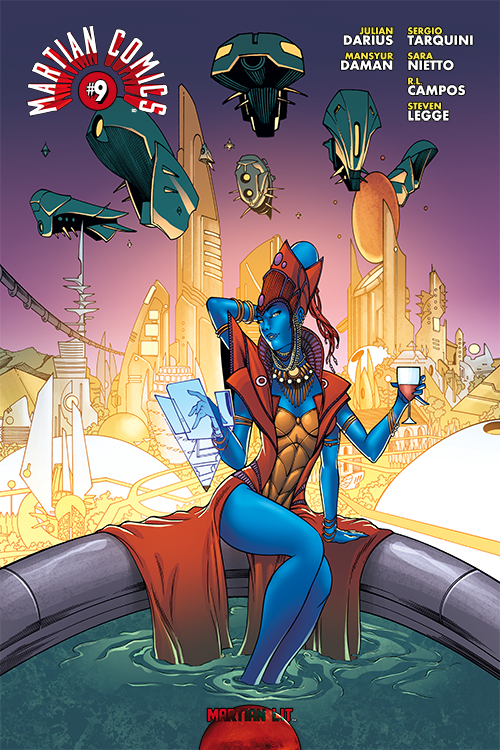 The cover is penciled by Ace Continuado, inked by Jeffrey Huet, and colored by Donovan Yaciuk.