Martian Lit is proud to unveil the cover to Martian Comics #6. 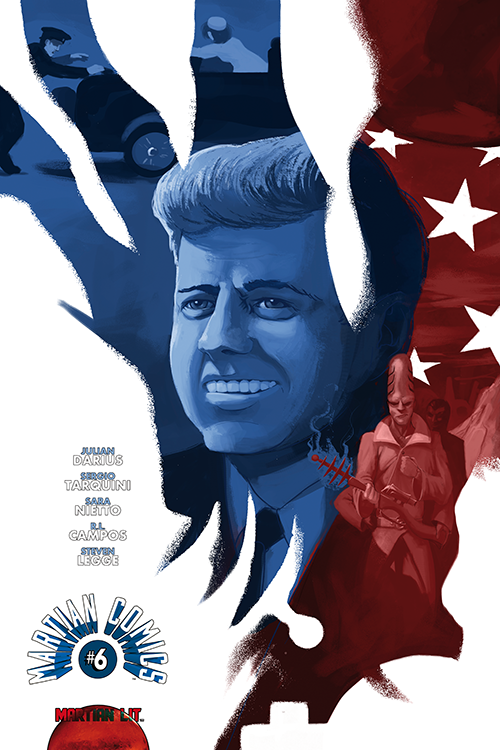 The cover is by Ean Moody. The issue focuses on JFK, and the cover features an homage to the Oliver Stone film JFK.