Martian Comics #1 and #2 on ComiXology

Martian Comics #1 and #2 are now available on ComiXology! 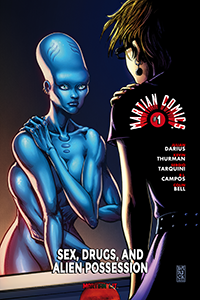 If you’re a fan of mind-bending sci-fi like Philip K. Dick, this is the comics series you’ve been looking for. Martian Comics does for sci-fi comics what The Sandman did for fantasy comics: take the genre to a new literary level, weaving historical stories into a continuing narrative that’s about more than fight scenes.

Issue #1 features 26 pages of comic-book story, including the first three chapters of “The Girl from Mars,” the title’s inaugural sci-fi serial about an alienated college student who may or may not be an actual alien. The issue also features the back-up story “The Galilean.” It’s written by Julian Darius and Kevin Thurman, with art by Sergio Tarquini and R. L. Campos. The issue’s cover is by Darick Robertson and Diego Rodriguez. You can get it on ComiXology here. 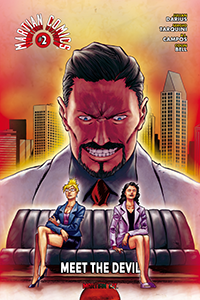 Issue #2 features 28 pages of comic-book story, including the 15-page fourth chapter of “The Girl from Mars” and the 13-page “Lazarus.” It’s written by Julian Darius, with art by Sergio Tarquini and R. L. Campos, who also provide the issue’s cover. You can get it on ComiXology here.

We appreciate everything you can do to spread the word about this series. Making a comic isn’t cheap or easy. Your support of Martian Comics helps subsidize new issues, and we can’t thank you enough!